The company creates work at the crossroads of all the performing arts, where dancers, actors, musicians, circus artists, visual artists, designers, videos artists and photographers, among others, coexist and collaborate. Under the artistic direction of Peggy Hugon, we produce works mixing dance, theatre and circus techniques that invite us to rethink and rework the boundaries of the arts. Our influences are diverse and that's where the company gets the richness of its creations from. Since its creation, the company has been oriented towards contemporary issues, which shows the involvement o the various artistic actors.

The Company was created to enable he greatest number of people to share artistic and cultural experiences that encourage curiosity, discovery and encounters, in spirit of conviviality and openness.

The company is implementing a cultural and artistic project, the essential aim is to enable the discovery of works without any preconceived ideas about the cultural practice used.

The Company wishes to encourage and develop the free expression and creativity of each individual. it encourages artistic encounters and the mixing of cultures and genres.

The Testudines Company wishes to promote access to culture for all audiences, even the most farthest away.

To stimulate collective and partnership dynamics for research and / or prevention information according to the themes developed in its creations. 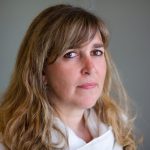 It is after a career as a teacher-researcher that Peggy Hugon decides to reveal her artistic fiber that she has always nourished: fifteen years of dance (classical dance, modern jazz, acrobatic rock and contemporary dance) and the practice of music and plastic arts since the age of 18.

Peggy Hugon conceives art in all its dimensions, art as a revelator, as a detonator, as a marking of our souls. She tries to make visible the invisible, the tenuous, the sensitive, the other, the far, the near, the whole and finally the links. Her artistic influences (Dance, Music, plastic arts...) are multiple and it is there all the richness of her artistic point of view which has very few limits.

Her creations have as a common denominator the Human in the broadest sense of the term, in its greatest diversity and its interaction with the other. Often under the angle of the feeling in its greatest globality. She is currently working on the memory of the body and the duality body / mind.

Because of her experience and her human values, Peggy Hugon attaches particular importance to transmission and to making culture accessible. 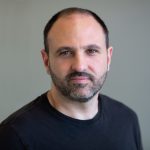 With a D.U.T. in Electrical Engineering and Industrial Computing obtained in 1995, Frédérick Borrotzu began his professional career in the industry and construction sector, notably as a technician and project manager in a design and research office at Renault for 10 years.

Self-taught drummer and bass player, he continues in parallel his artistic practice that he started at the age of 14. He toured with the group Magouv from 1990 to 1998, opening for the Wailers, and was part of many studio recordings from 2000 to 2008. He will then be general manager for 2 years at the Allégro theater in Miribel and will work 5 years at the SUBS in Lyon. In 2014, he obtained a Master's degree in Technical Management of Live Performances at ENSATT / INSA in Lyon. In 2016 he became a temporary teacher for the Sound Management course in the Technical Studies section of the same school.

Frédérick Borrotzu multiplies his experiences and develops his skills. With several strings to his bow, he is in turn technical director, stage manager, project manager, composer, set designer and builder, sound manager. He has worked with the Amicale de production, the Rictus-David Bobée Company, the Chiens de Navarre Company and many others.

Today he works mainly for La Maison de la Danse, the Dance Biennale of Lyon and the Bullukian Foundation. Since 2008, he is the technical director of the Testudines Company and participates in various artistic projects as a composer and set designer. 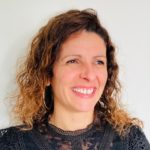 Clarisse discover hip hop dance in 2000 in Tours where she began her training with the dancers of the group Phoen-X.

She will have a career for 15 years as a professional hip hop dancer in many companies (Malka, Käfig, Alexandra N'possee, De Fakto, A'corps,...) including 7 years as artistic director in the Stylistik Company.

In 2015, Clarisse Veaux decided to change carrer while maintaining a proximity, essential to her life, with art and dance.

She obtained the diploma of production manager of artistic projects in 2016 and worked for 3 years with the Company de Fakto on the production and the diffusion of the shows as well as the coordination of the Formation I.D (Formation Interprète Danseur).

In 2020, Clarisse Veaux is in charge of production for the Compagnie Virevolt.

It is January 2021 that she crosses the road of the Company TESTUDINES where she invests herself in the production and the diffusion of creations and the development of mediation projects.

Clarisse Veaux is an involved, passionate and determined woman who vibrates in the light of art. 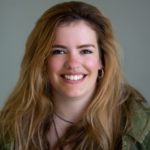 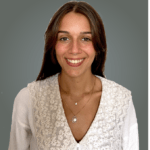 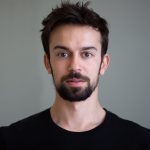 David Bernardo discovered the Hiphop dance at a very young age. Driven by movement of all kinds, he is seduced by different styles of dance, especially contemporary dance. Self-taught in his dance practice, he trains at the James Carles Center in Toulouse, at the CND in Lyon and in various workshops. During his professional career, he worked with various Hip Hop and Contemporary choreographers such as Mourad Merzouki, Andrew Skeelz, David Drouard, Mylene Duhameau and Olé Khamchala. 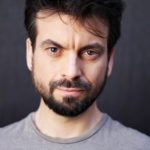 L'Avare with Louis de Funès must have triggered Benoît Bornier's desire to be a clown, to enter the world of show business and to perform on stage.

With a degree in global communication in 2005 in Lyon, he pursued theater courses at Les Asphodèles, then at Janine Berdin's and played a few roles in an amateur theater company until 2008.

After attending the Acting Studio from 2008 to 2011, he co-founded in 2012 the Cie En Route Mauvaise Troupe and then in 2014 Les Untouchables. Both companies made creations for young public.

He will perfect his body tool by following a full time classical and contemporary dance training in 2013-2014 with the Cie Désoblique.

A jack-of-all-trades, he tried his hand at photography and video, and worked for 4 years at the ALGED Le Tremplin in St Genis Laval, where he created 4 short films with adults with physical and mental disabilities.

Benoit Bornier discovered the world of lighting design as a volunteer for the show Petite Reine of the eponymous novel by Philippe Josserand. Fascinated by lighting and lighting consoles, he then took his first steps as a lighting manager in the theater Lulu sur la Colline.He will work there from 2017 to 2018 and will train in parallel at GRIM-EDIF. Specialized in lighting, he will participate in two tours for DreamUp, first as a lighting director and then as a technical director.

In the fall of 2021, he joins the Testudines Company to undertake the lighting direction of the play SEDNA. 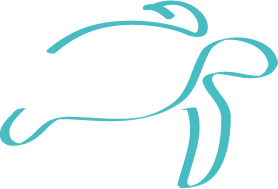 Composer, author, photographer and self-taught director born in 1977 in the north-east of France.

Working mainly with computer tools and new techniques of composition and recording, he is first of all a guitarist and keyboard.

By using built or modified instruments, as well as different techniques of composition and sound work, he develops a singular sound personality, combining the precision of studio work with the impromptu improvisation.

In a process of experimentation and narrative evocation, his music is intended in particular for live performance, cinema and multimedia creation. 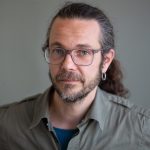 At the age of six, he took his first gymnastic class. This was followed by sixteen years of intensive practice which played a major role in his education.

At the age of nineteen, he met the Dance. From 1999 to 2001 he attended the CNDC (national centre for contemporary dance) in Angers.

At the same time in relation to his professional career as a performer between 2002 and 2008, sound and light have a privileged place in his work.

In 2008 he trained as a multi-skilled technician (sound, light, stage) at the GRIM EDIF graduate school in Lyon.

In parallel he undertake a renovation project from 2007 to 2009 in order to create a place for artistic residency called L'atelier du Janin. 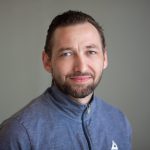 After ten years of Latin dancing and ballroom dancing in the French natioanl team, vice world champion and European champion, Laurent Parisi trained with Sylvie Kay in jazz, Annie Legros and Claude Decaillot in contemporary and Alain Astier in classical and contemporary. At the age of 18, he validated his Technical Aptitude Examination in jazz and contemporary dance and passed the diplôme d’État in contemporary dance. At the same time, he opened up to other arts, such as musical composition and painting.

From 1992 to 2000, he tauhgt modern jazz and contemporary dance near Lyon.

In 2000 he founded the Laurent Parisi/Pro-Vie-Danse Company and created his first choreographic piece. The same year he collaborated with Denis Plassard on the parade of the Biennale de la danse de Lyon and on several short films by Slimane Bounia.

Until 2006 Laurent Parisi created six choreographic pieces where the depth of meaning and the requirement of gesture were at the heart of his creations. Then he took over the direction of ARCD and the Pro-Vie-Danse/Compagnie Laurent Parisi.

In 2018, he joined Peggy Hugon, artistic director of the Testudines Company and long-time friend, for a first artistic collaboration on the piece SEDNA. The pair is back together for the next creation in 2022, Boom Bam Oooops!

After preparing to become a carpenter, he met art at the end of a mythical place - L'opéra de Lyon, where he was a stagehand from 2006 to 2010. This first experience only reinforced his desire to male the performing art his daily life. Thus he worked a set builder and stage manager at Les Nouvelles Subsistance, les ballets de l'Opéra, la Villa Gillet, la compagnie Le fils du Grand Réseau, la compagnie L'Amicale de Production and finally he joined the Compagnie Testudines in 2019. His training will be completed in ENSATT technical management diploma in 2019. 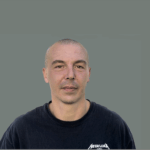 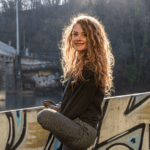 Fascinated by the different dynamics of movement, Clara decided to become a professional by training at the Lyon Conservatory and then at the PSPBB in Paris in order to obtain her DNSPD (Diplôme National Supérieur Professionnel du Danseur) and a Bachelor's degree at the University of Paris 8 in "Arts du spectacle chorégraphique".

She then deepened her technical work and met various artistic approaches alongside choreographers such as Barak Marshall, Claude Brumachon and Elisabeth Roxas.

In 2017, she decided to pursue her career at the Ballet Junior de Genève. During these two years, she worked on pieces by Hofesh Shechter, Maguy Marin, Alexander Ekhman or Olivier Dubois and at the same time developed her own dance through improvisation tools and creative moments. Following these years of training and performing, Clara became a freelance dancer and travelled to Saudi Arabia with the Balich company, on the roads of street festivals with Florence Bernad's solo "Lullinight" or in Geneva on the stage of the Grand Théâtre for the opera "Les Huguenots".

She is now working with the company Rêve de Singe on a duet that mixes dance and climbing: " Petit Bleu et Petit Jaune " but also with the company (1)Promptu that she joins in 2020 for a new role on the piece " Quatuor à corps pour Mozart " as well as the next creation 2021/2022. In September 2021, she will begin her collaboration with the Testudines company for a role in the play " Sedna ". 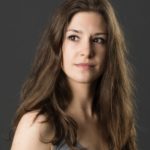 PARTICIPANT IN THE MEDIATION PROJECT: DANCE YOUR DIFFERENCES

Trained at the CFD in Biarritz in classical dance, modern jazz and contemporary dance from a very young age, Anaïs François continued her studies in several training centers for dancers in Nîmes, Toulouse, at the CND in Lyon and in various workshops in contemporary dance.

She joined the Alain Gruttadauria company La Licorne, as a professional dancer and also worked with Alexandre Nipau, choreographer of the Amuovo DC company.

She collaborates with the director and choreographer Laurent Parisi on several choreographic projects. Holder of a state diploma in contemporary dance, she teaches in the Lyon region and collaborates as a pedagogical speaker at the CND of Lyon. 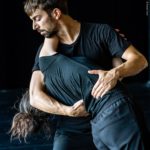